Two recent dinners reminded me how extraordinarily high a level of quality certain vineyards in Bordeaux’s Graves region can reach - as if I needed reminding. With each variation on a theme at wine events over the years, these estates rise to the occasion again and again. So I thought it might be interesting to briefly recap a select few of those events, and if you happen to be at home and in the mood for a little reading -wink, each report is linked below, so immerse, or dip as you please.

Graves, and its posher subsidiary Pessac-Léognan, cover both the suburban sprawl of Bordeaux city and its rural extension proper. While still crawling out of the heart of the city, on the commute-snarled ventricle known as the Avenue Jean Jaurès, nestled between water towers, utilitarian ugliness, rows of drab shops and flats is a hint of the former splendour of this location. If you hold your hands up to your face while squinting to restrict the scene before you, first Château La Mission Haut-Brion on the left, and then almost immediately Château Haut-Brion on the right, their vineyards holding firm, you are given a glimpse into an older, more handsome scene. (Just make sure you are in the passenger seat). Once part of a broad swathe of vineyards that supported the city, the city in turn bloated itself here to swallow them, with only the finest resisting the developer’s chequebook. These two look like the endangered species they are. 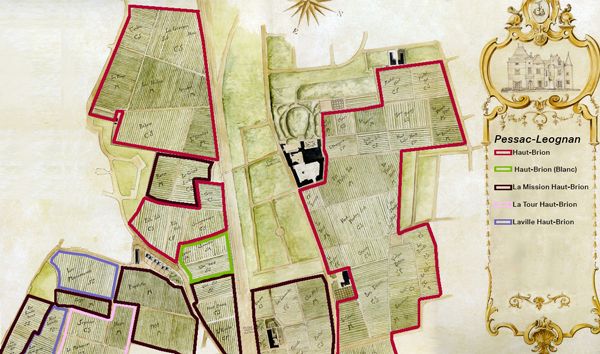 The reputation that has protected them has long been established. English diarist Samuel Pepys noted for 10th April 1663, "drank a sort of French wine called Ho Bryen that hath a good and most particular taste I never met with". Indeed. For as long as I have been reading about wine, it has been seemingly compulsory to include that quote, so now, job done.

And although the 1855 Classification was all about the reds of the Médoc (and we sometimes forget, also about the sweet wines of Sauternes), it seemed improper to exclude Château Haut-Brion, so it’s “first growth” status was included alongside Lafite, Latour and Margaux’s.

It’s curious that the reputation of its neighbour Château La Mission Haut-Brion would evolve much later – and never canonised in some formal rank in the way that Haut-Brion was. The châteaux lie across the road from one another, but the arrangement of vineyard parcels is more complex, a patchwork quilt. But when you taste the two wines side by side, there is almost always a very clear difference – La Mission more potent, spicy and cigar-laden, at times a Graves at the mardi gras, while Haut-Brion stays a bit more button-up, tie straight, the svelte cut of a bespoke suit, class and finesse personified. La Mission under the Woltner ownership period (1919-1983) was brilliant, especially from the 1940s<. La Mission under the Clarence Dillon period has been brilliant too. The difference is perhaps that it can now more often be a touch less wild, and a bit more of the Haut-Brion finesse and refinement can be found. But there’s no real disappointment either side of the timeline.

Stephen Brook wrote up The Fine Wine Experience’s London 2006 vertical of La Mission for The World of Fine Wine. The 1945 was brilliant, but is upstaged in my memory by the spectacular 1945 from Haut-Brion, opened at TFWE’s vertical in 2004. That event introduced me to the Haut-Brions of the 1920s, which are rather curious – often very deep in colour and full of fruit and power, something I recall Michael Broadbent MW telling me had to do with pasteurization of the must (something of a fashion in the era). He wasn’t fond of it, though I think those wines are rather fun – especially if served blind. (See the photo here and you’ll get a sense of what I mean). That character seemed present to in the 1918 Château Haut-Brion, served at a horizontal of 1918 first growths at a private dinner in Hong Kong in 2018. 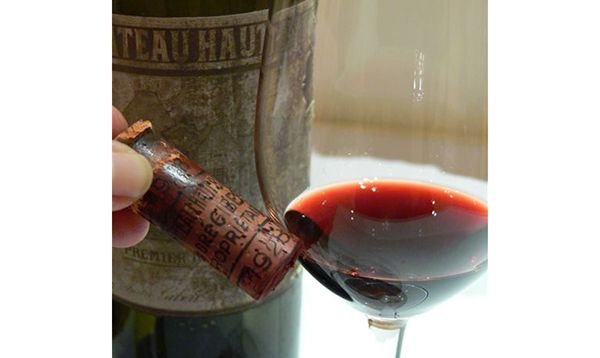 In 2015 at a TFWE-hosted dinner in Hong Kong at the now much-missed Amuse Bouche, we covered in some depth with La Mission’s sidebar story – Château La Tour Haut-Brion. During the Woltner era this was dealt with as a second-tier label to La Mission, but with extra press wine from the grand vin included (apparently). Those wines are now obscure, but legendary, and at our dinner the 1929 (94), 1955 (100!), and 1961 (95) shone. Even the 1967 – a minor year – was good (93). The 1975 didn’t quite do it that night, but I have had several bottles that have. From 1983, under the aegis of Clarence Dillon, a true stand alone La Tour was attempted, vineyards replanted, and something more elegant emerged. I felt that by the time they decided to quit the label they’d got there. Oh well. 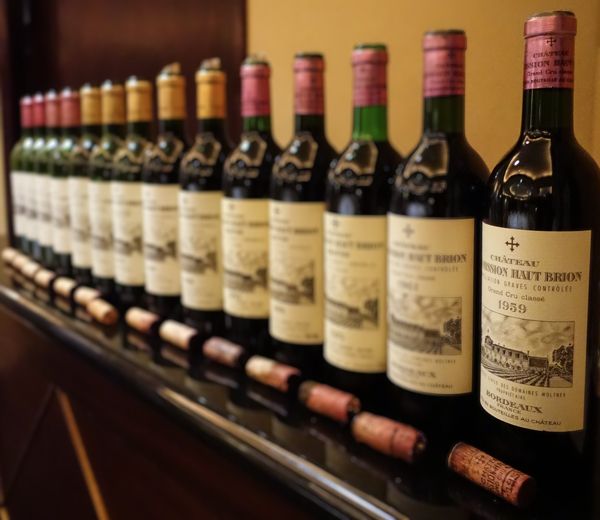 Here in lockdown in New Zealand I cannot put my hands to my notes from Château Haut-Brion events I have hosted or attended. 1959 (noted alongside further brilliant bottles of ’59 La Mission) was wonderful at a dinner late last year. That dinner also included a superb 1959 Château La Passion Haut-Brion – a now extinct estate. 1961 Haut-Brion can be brilliant too – more exuberant. ’64, ’66, ’70 can be good, but showing their age. 1998 is probably my favourite right now – just entering its real apogee, and with a long life ahead.

In between are the two legendary pairs 1982 and 1989. Over the long run, tasted many times, the 1989 Château Haut-Brion – always 100pts unless there is a bottle/cork problem, is one of the greatest wines of the 20th century from anywhere. The ’89 La Mission can be its match. And whether you prefer or not the ’82 La Mission is a question of style, not quality. It is superior to the ’82 Haut-Brion, but by a much smaller margin than many think in my view.

The whites are of course very interesting and very good. Château Laville Haut-Brion, which started life as Château La Mission Haut-Brion Blanc until the early 1930s, and returned to that name from the 2009 vintage, is for me the more solid, less easy to appreciate of the two. It can age for aeons. I remember especially good bottles of the 1945 and 1971 at a TFWE dinner at The Square in London in the mid-2000s. (I cover a few other vintages in that La Tour report linked above). Château Haut-Brion Blanc is very special. Old vintages can show both complexity and finesse. I love the 1985, though the 1989 is the one perhaps most deserving of its fame. Young vintages are more my thing though, with as much aromatic excitement, both on the nose and on the palate, as you could ever wish for in a white. They can be thrilling. Mike and I hosted a TFWE 17-vintage vertical of this wine in Hong Kong in 2013 which Marie-Emmanuelle Febvret covered for Sprito di Vino. La Clarté de Haut-Brion Blanc is the combined second-label white of these two rarities.

There’s much to explore, and I hope that some of these past reports whet your appetite. At The Fine Wine Experience we endeavour to always keep a good inventory of these wines. We love them.