Domaine Sérol is the perfect estate for those wanting a fresh story to tell, of a great couple making domaine wines to a very high standard, in a food-friendly style, from the Gamay grape’s ‘other’ fine terroir – the Côte Roannaise. Yes, that’s the Roanne of 3* Troisgros fame (with which the domaine works closely). Drive, as we did, 1¾ hours west from Beaujolais and you arrive at Renaison in the Loire Valley near the river’s source. Stéphane and Carine Sérol are converting here to full organic viticulture. The ‘Perdrizière’ comes from 30 year old high density planted vines on an east-facing slope of decomposed granitic sand (red from iron oxide content). Grapes mature late here due to afternoon shading giving good complexity. It’s around 40% whole bunch, aged 11 months in trunconic wooden tanks. ‘Les Millerands’ comes from a vineyard giving naturally small ‘millerand’ berries, is around 20% whole bunch, aged 11 months in cement tanks. These wines are fruity, vibrant, well-balanced with fresh acidity with decidedly cool-climate food-friendliness.

Located in Renaison in the Loire Valley. It’s a family winery. The oldest vines are 95 years old and were planted by Stéphane’s grandfather. Stéphane planted additional grapes that have been growing there now for 20 years as they’ve added to the number of vines and cleared some land that was previously all trees and forest. Currently the domaine is organic, but they’re shifting to biodynamics and will be certified organic for 2017 vintage.

The domaine comprises 32 hectares of vines mainly Gamay as that grape seems most suited to the granite soils. These granite soils are full of clay, iron and magnesium, and they hold water longer. In the wine, these soils give a spice and mineral character. They have only one parcel of white which is planted with Viognier grapes.

The elevation of the vineyards is 350-400 metres. In some of the vineyards the elevation reaches 550 metres high; it’s much more difficult to grow grapes there and the berries are tiny. They grow Gamay St. Romain which is a special gamay from this region and they use massal selection. Stephane and Carine have taken a selection of grapes to create a conservatory of Gamay St. Romain.

The climate here is much cooler than in Beaujolais and as a result harvest is usually two weeks after them. Biggest concern is hail; don’t normally get frost, but for the first time last year they got a very late frost.

Normally they will do some leaf pulling where the grapes are, but so far in 2018, because they’ve had lots of sun, they have left the leaves on to protect the grapes from sunburn.

The soils are made up of granite and are stoney at the top and then sandy at the bottom.

They own a special vineyard with Trois Gros called “Les Blondins”

Land is quite cheap in this region; 10,000 euros with the vines on the land included

They harvest by hand and sort on a vibrating table at the winery. Carine is in charge of the sorting

They use indigenous yeast and control the temperature to manage fermentation. The malo can start very quickly she says if they don’t manage the temperature

Each parcel is vinified separately

They have concrete tanks with epoxy lining and hope to have them without the epoxy lining in the future. Also, have wooden vats for fermenting and amphora.

In the amphora, they have wine that was 100% destemmed, no sulphur, was pressed by hand, very gentle texture and no pigeage. The following wines were in the amphora: Chez Blondins, Chez Muron, and Chez Caste

Then, stainless steel is used for the Rosé and whites

‘Les Millerands’ is the vineyard that’s the highest in altitude, and the 2017 was done in concrete with 30% whole bunch 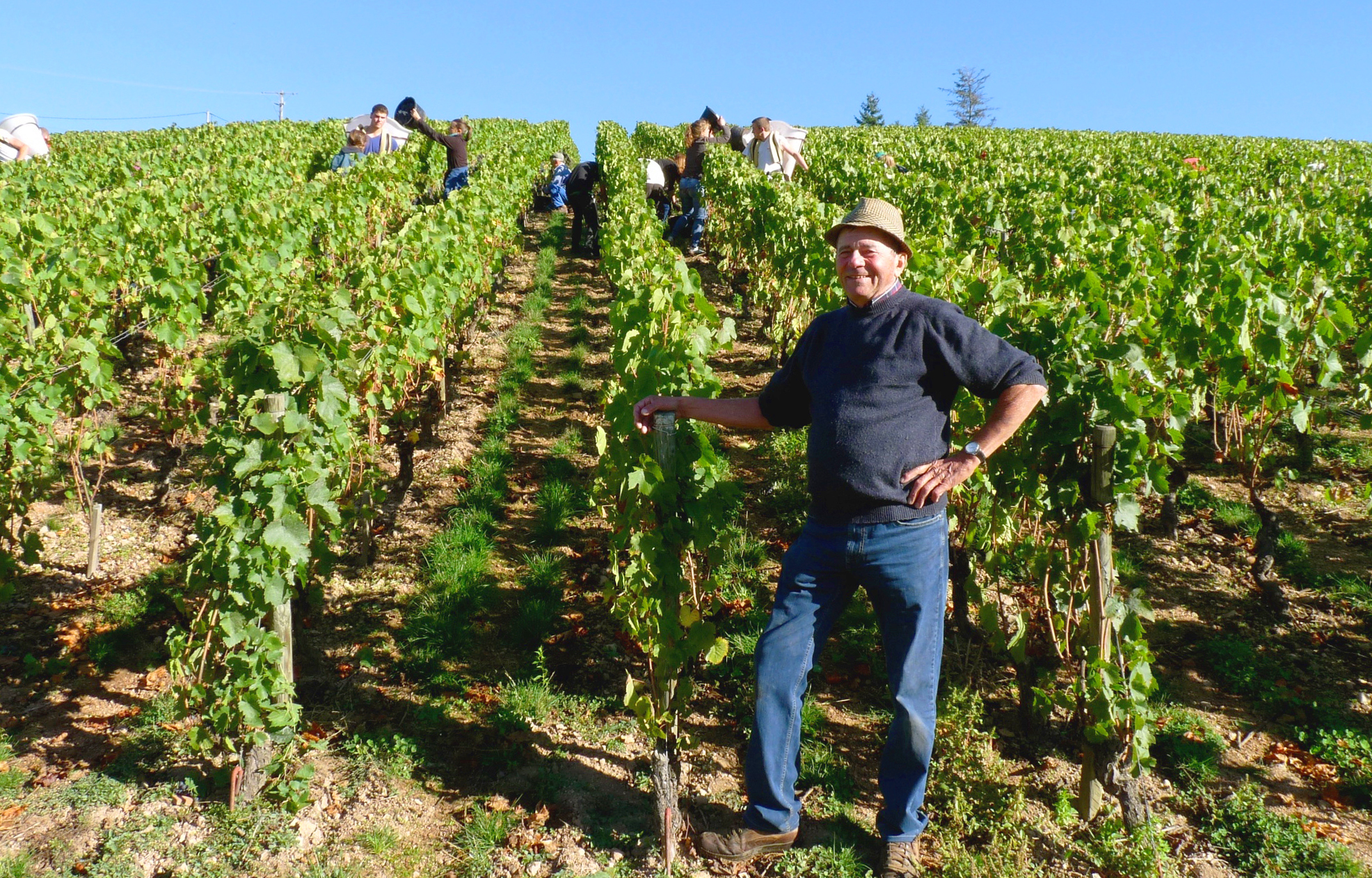 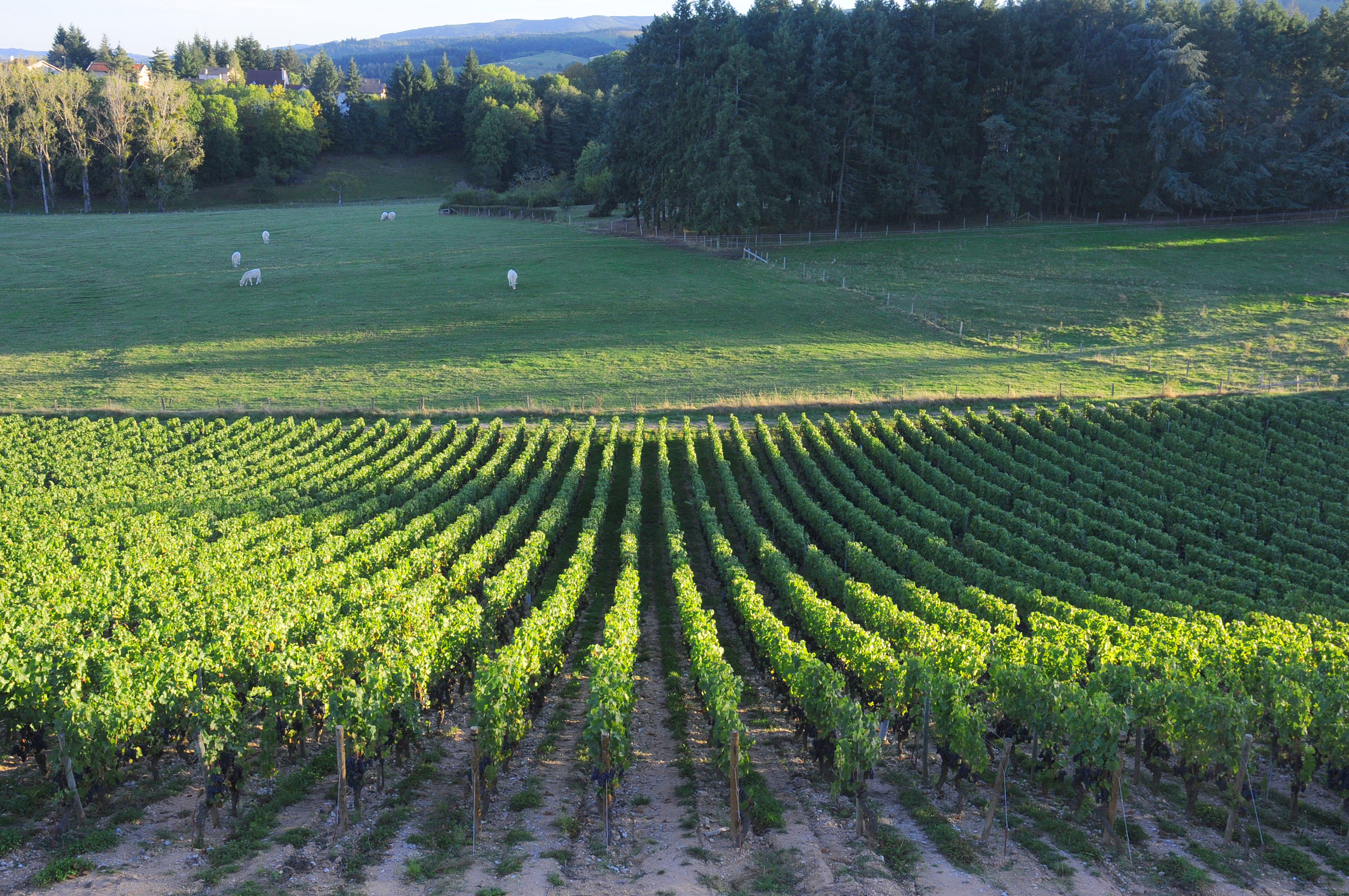