Philippe Pacalet is a true artisan with a very clear idea of how to allow each terroir to express itself clearly in his wines. He is a dynamic and engaging personality with a true passion for wine that draws you into tasting and discussing his wines. We look forward to having you join us for this winemaker dinner featuring one of the pioneers of the natural wine movement.

Pacalet is originally from Beaujolais and along with his uncle, Marcel Lapierre, has been a champion for natural wine. His wines represent some of the finest examples of the benefits of this style of winemaking. For many years Pacalet managed Prieuré-Roch before making wine under his own label beginning in 2001. Pacalet doesn’t own any vineyards instead he rents land and makes the wine in a facility he purchased from the De Montille family that’s located in Beaune.

Philippe is passionate about and studied organic winemaking, so the farmers he works with farm organically and sustainably. Philippe produces wine from some of the best vineyards in Burgundy including ones in the following villages which will be featured in this dinner: Gevrey-Chambertin, Beaune, Vosne-Romanée and Nuits-Saint-Georges.

There are many interesting personalities out there in the wine-making sector, and Philippe Pacalet is definitely one of them. Born in Beaujolais, he was greatly influenced by his uncle Marcel Lapierre, a leading figure in making natural wines in Beaujolais. Pacalet have also spent 10 years in Domaine Prieuré Roch, taking the role as an estate manager. If this doesn’t sound impressive enough, he has also been making wines in Château Rayas, and Domaine Leroy. This is the man who turned away the invitation from Domaine de la Romanée-Conti, as he wanted to start something of his own. His winemaking journeys and experiences are all written in his wines: minimal intervention, great purity and terroir reflective. These are wines that gained a climbing attention since they were made, especially in recent years.

Philippe Pacalet’s philosophy is to let each terroir speak for itself. He rents selected plots in various parts of Côte-d'Or, and does his very best to convey the characteristics of each one. Every little step from growing, harvest, fermentation to bottling are decided to make every drop in the most natural way possible. All grapes are harvested and fermented in whole bunches, with natural yeasts on the grape skin driving the fermentation. Wines are fermented in wooden vats, with pigéage for a gentle extraction, and then aged with a low portion of new oak (usually below 25%), so to preserve the fruit/ floral characters which are extremely delicate. All wines are bottled without any fining or filtration. As the dead yeast cells are not removed from the finished wine, they gradually break down and becomes part of the wine, adding body, concentration and a round mouthfeel on palate. Even the bottling process is done by hand, as opposed to a mechanized production line. Those who have tried his wines will know these are wines of authenticity. They blossom like summer flowers in your glass, and leave a clear, pure impression on your tastebuds.

Delicious in their youth, Philippe Pacalet’s wines are amazingly approachable, even with their newer vintages. The wines just simply show well in relation to other producers at similar vintages. I have tried their Nuits-St-Georges 1er Cru 'Aux Argillas' 2012, and Gevrey-Chambertin 2016 lately, both were pleasurable with a silky texture. The attractive floral blossoms, leather and baking spices on nose seemed to be a common theme in both wines. There were plenty of freshness in the Gevrey, and the NSG is simply harmonious with perfumed floral notes on its lingering finish. There seems to be a magic between the stunning purity, and the mouthwatering acidity, which give incredible freshness to every sip. The wine that excites me from Pacalet, is their very limited quantities of Echezeaux Grand Cru they produce. They have highly aromatic qualities, with hints of exotic spices. It’s a combination of power and generosity. Nothing can be more enjoyable than a slightly chilled bottle, which accentuates the floral characteristics, and mouthwatering acidity that stops the thirst in Summer.

Philippe Pacalet is a man of story, and a grand artist. His wines are pure juice given from mother nature. The immense effort of him and his team had accurately draw out the essence from each terroir, but this also meant his wines are hard to come by, as his wines are only made at a super small production (around 50,000 bottles per annum). Let us know if you want to secure your hands on these wines, and we would be happy to help. 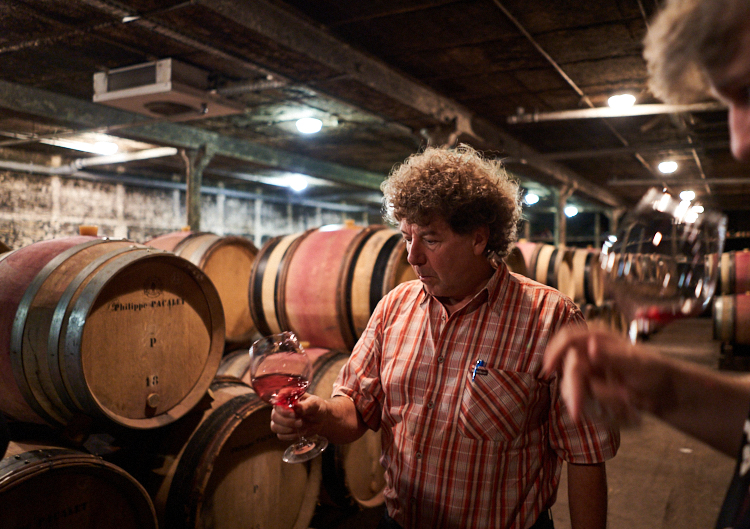