“No champagne grower is as renowned or as influential as Anselme Selosse. Whether directly or indirectly, he has inspired an entire generation of young winegrowers in the region, and among consumers, his champagnes have become some of the most sought-after wines in the world.”

Anselme is unique in his approach to making Champagne adopting practices that are quite a step away from the norm like only using indigenous yeast for the fermentations, no malolactic fermentation only bâtonnage, minimizing the use of SO2, fermentation and ageing in wood barrels (with less than 20% new), leaving wines on their fine lees for extended periods of time, and keeping the dosage at a minimum.

Today, we are tasting two of his single parcel Champagnes both of which are made primarily from Pinot Noir. Anselme started making his single parcel range for Champagne in 2010. You can buy all six together in a collection he calls, “Lieux-dits”, and the production on these wines is quite small. Thus, the Champagnes in the lieux-dits range are highly sought after and collectible with a few only sold as part of the collection rather than individually (Cramant Chemin de Chalons and Avize Les Chantereines are only sold as part of the collection). With this pair we get to compare the vineyard ‘Sous Le Mont’ from Mareuil-sur-Aÿ with ‘Le Bout du Clos’ from Ambonnay. ‘Sous Le Mont’ is an east-facing premier cru vineyard in Mareuil-sur-Aÿ located in the Vallée de la Marne of Champagne, and it’s made up of 100% Pinot Noir. It’s known for being the lightest Pinot Noir based Champagne in Selosse’s lieux-dits range. By contrast, ‘Le Bout du Clos’ is known for its power, depth and structure as described by Antonio Galloni in his review of this wine in October 2012 for www.robertparker.com. This single parcel Champagne is made from 80% Pinot Noir and 20% Chardonnay.

Another hot name in wine right now is Jean-François Ganevat (He’s affectionately referred to as ‘Fanfan’ by his friends). Similar to Selosse, he has a devout following particularly among the sommelier crowd in the U.S. which is where I developed my admiration for both of these producers. Jean-François trained with Jean-Marc Morey in Chassagne-Montrachet before returning to his family’s domaine in the Jura in 1998 to take over from his father. His style is a departure from the strong oxidative character found in many wines of the Jura. The approach he uses is much more Burgundian in character including topping up his barrels. Like Selosse, Jean-François follows a low sulphur regimen, and to protect against problems during transport and oxidation of his wines he does extended lees contact. He will do anywhere from two to eleven years

Today, we’re trying two very different wines from him and both from magnum. The first is a cuvée made from 100% Chardonnay from vines planted in 1996 and grown on limestone soil. It’s from the cool and vibrant 2014 vintage. Then, the second wine comes from the warm vintage of 2006 and is 100% Savagnin. These vines were planted in 1930 and are grown in soils made up of schist and marl.

This next pair is from the family of one of the newest additions to the Fine Wine Experience Team, Florian Rossignol. As most of you know, he hails from Volnay, and his family’s domaine is Rossignol Cornu et Fils. Several of you have asked about his family’s wines, so I thought it would be fun to add them in for you to try blind tonight. The estate comprises 5 hectares with the Rossignol part of the family’s vineyards being located in Volnay, Pommard and Meursault, and the Cornu part of the family’s vineyards being located in Pernand-Vergelesses.

The 1er Cru vineyard of ‘Les Robardelles’ isn’t well known, but it is well located and has a strong history. It’s situated just a few metres from ‘Les Santenots-du-Milieu’ (on the other side of the road that separates Meursault and Volnay) to the south, and ‘En Caillerets’ is just metres from touching its northwest corner. Both these vineyards were classified by the early authorities on Burgundy, Jules Lavalle and Camille Rodier, as Tête de Cuvée. The soil in the Rossignol Cornu 1er Cru ‘Les Robardelles’ vineyard is made up of clay and limestone. It’s a combination of two parcels one where the vines are 22 years of age and one where the vines are over 60 years of age. The grapes undergo cold maceration for twenty days followed by traditional fermentation. Then, the wine is aged in oak barrels 15% of which are new for 12-18 months.

Next up, we journey to the Loire Valley and try two Cabernet Francs from the same producer, Domaine Arnaud Lambert, and same vintage, 2015, just from two different vineyard sites - Saint Cyr en Bourg and Brézé. Arnaud’s father, Yves, founded Domaine Saint-Just in 1996, and it’s located in Saumur in the Loire Valley. Arnaud started working with his father in 2005 after earning his viticulture and oenology degree. In 2009, they also became managers of Château Brézé. They make cuvées from both terriors - Saint Cyr en Bourg and Brézé - which are approximately 20 hectares each. Sadly, Arnaud’s father passed away in 2011, so Arnaud directs everything now. The vineyards became certified organic in 2012.

The cuvée ‘Montée des Roches’ comes from Saint Cyr en Bourg which are the vineyards located at Domaine Saint-Just. Since 2017, both the cuvées from Saint Cyr en Bourg and Brézé are under the Domaine Arnaud Lambert label. The terroir of Saint Cyr en Bourg is east-facing with soil that is mostly clay with silt and sand on Turonian Superior limestone bedrock. Average age of these vines is 35 years old. The grapes are 100% de-stemmed and maceration is done by infusion with no pump-overs. Fermentation takes place with indigenous yeast in stainless steel or concrete tanks. Then, the wine is aged for seven to twelve months in old oak barrels. It is racked into stainless steel tank for an additional six months. Then, a small amount of sulphur is added at bottling (35mg/L SO2).

For the cuvée ‘Clos du Tue-Loup’, the vines were planted in 1995, and the vineyard comprises 2 hectares in the famous Brézé estate. Its soil is made up of sand and limestone. The limestone soil here is quite special as there is a significant portion of tuffeau (a porous, chalky limestone). That soil along with the relatively high elevation promote a refined and minerally Cabernet Franc.

The maceration and fermentation is the same as for ‘Montée des Roches’. For ageing, 50% goes into tank and 50% into 2-4 year old barrels. The wine is aged for one year this way. Then, it’s blended in tank and aged for six months. After bottling, the wine spends an additional year in the bottle before it’s released. The 2015 vintage in the Loire Valley is a strong one with good ripeness balanced by a touch of acidity.

Finally, we taste from magnum my favourite Super Tuscan Solaia and continue with the Cabernet Franc theme. This wine is comprised of Cabernet Sauvignon, Cabernet Franc and Sangiovese. Solaia is a 20-hectare vineyard located on Antinori’s famed Tignanello estate in the heart of the Chianti Classico region in Italy. It’s situated on the hillsides of the Greve and Pesa river valleys. The soil is made up of ‘alberese’ (hard limestone) and ‘galestro’ (flaky calcareous clay) rock. Solaia was first produced with the 1978 vintage and was originally a blend of 80% Cabernet Sauvignon and 20% Cabernet Franc. It’s only produced in great vintages and after 1979 the next great vintage was 1982. From that year on, they started using approximately 20% of Sangiovese in the blend thus changing the amounts of Cabernet Sauvignon and Cabernet Franc.

The grapes are de-stemmed and undergo meticulous sorting on the sorting table before they go into a 6000-litre conical fermenting tank. Then, the malolactic fermentation takes place in small oak barrels. The wine is then aged in 60-gallon French oak barrels for approximately 18 months with the various lots and grape varieties aged separately and then blended at the end, a few months before bottling. In both 2006 and 2001 the blend was 75% Cabernet Sauvignon, 5% Cabernet Franc and 20% Sangiovese.

For the 2006 vintage, the autumn was very wet followed by a winter with severe cold temperatures. Then summer saw the second half of July with hot temperatures and very good weather conditions in September and October leading to healthy grapes of good quantity and quality. The resulting wine was aged in barrel for 12 months and then for an additional year in bottle before it was released.

In 2001, rain in the spring and higher than usual temperatures promoted early bud-break. Then, the normal temperatures that followed and rain led to good flowering. The summer saw high temperatures during the day, but the cool nights helped to ensure even ripening. Then, the resulting wine was aged in barrel for 14 months and then for an additional year in bottle before it was released. 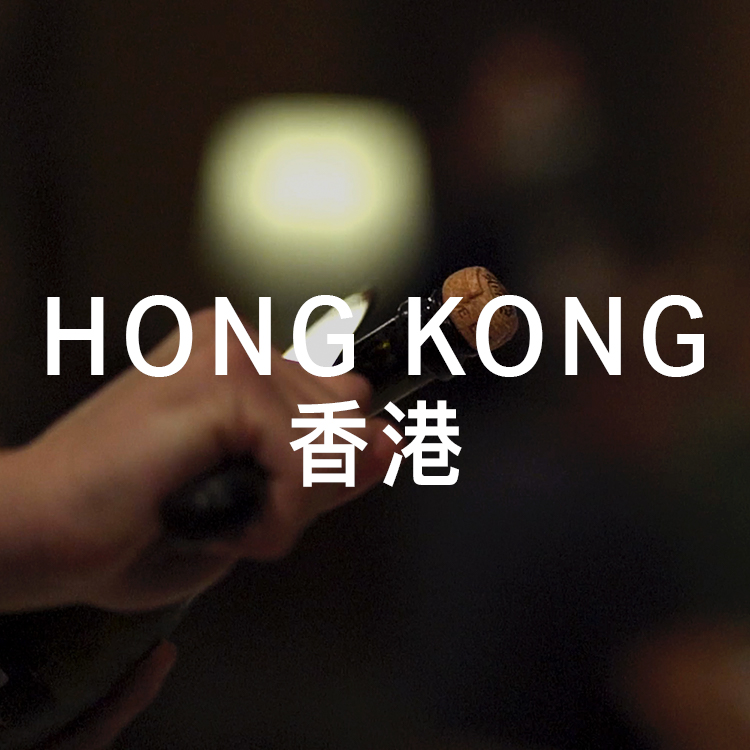 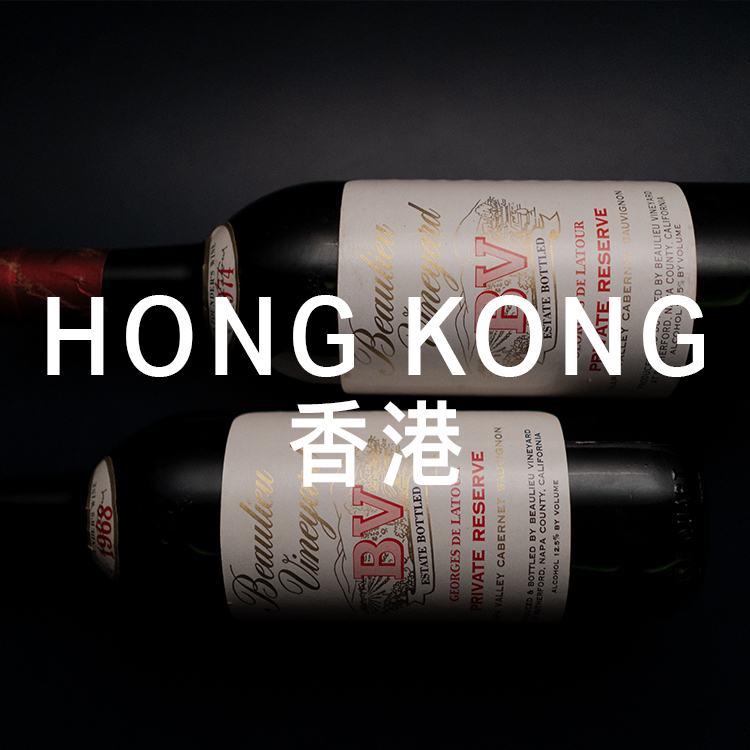 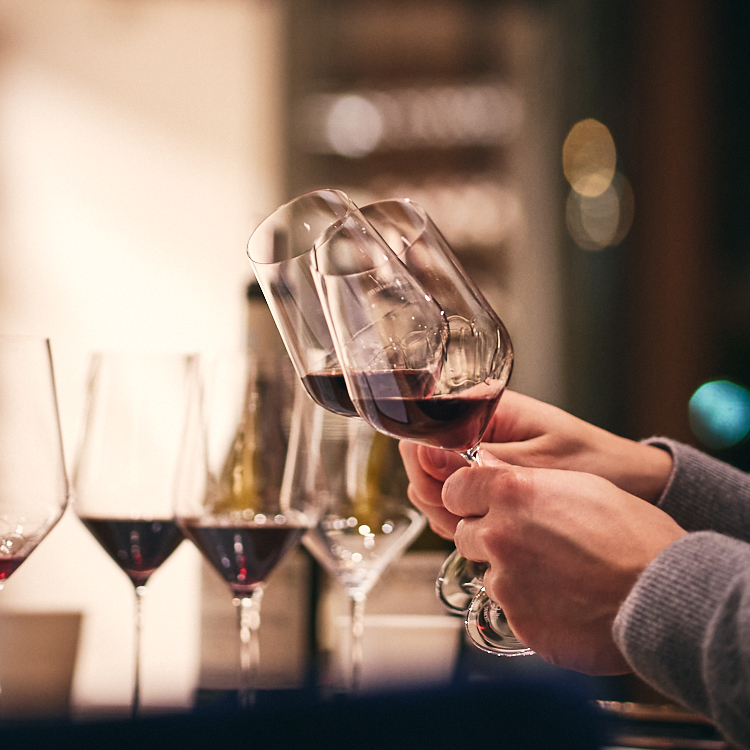 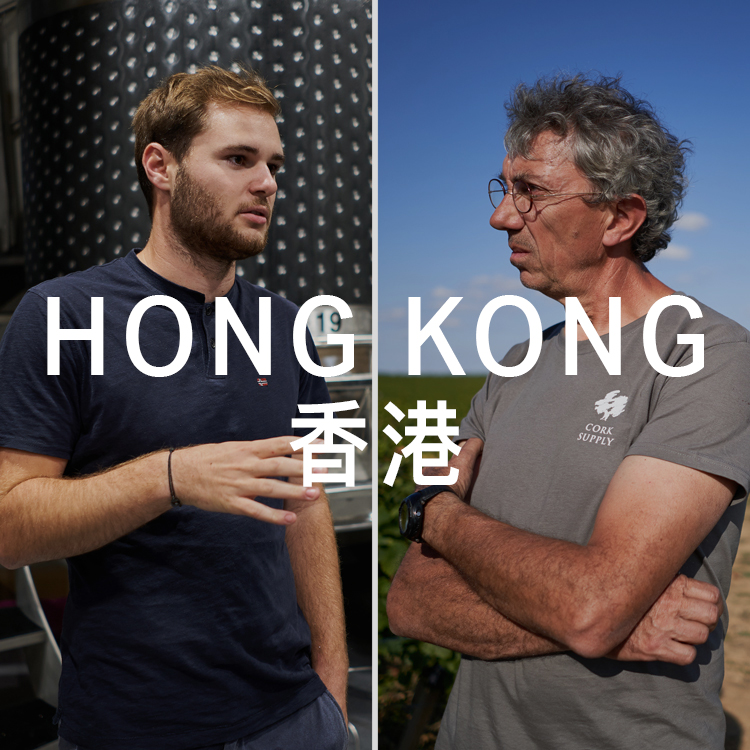